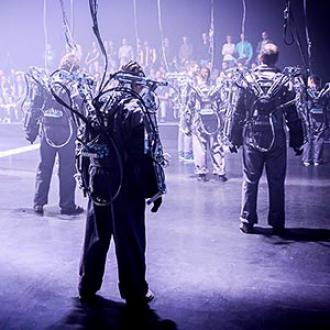 „Inferno“ is a participative robotic performance inspired by the concept of control and representation of the different levels of hell as described in Dante's Inferno or seen in the Singaporean Haw Par Villa's Ten Courts of Hell.

What makes this performance special is the fact that the different machines involved in the show are installed on the viewers' body. A selected group of the audience therefore becomes an active part of the performance, in which performers wear robotic harnesses that control their arms in time with synchronised music and light. Sometimes the viewers are free to move; sometimes they are in a partial or entire submission position, forced by the system to act/react according to its own will.

Visitors who are interested in participating in the performance by wearing one of the exoskeletons are invited to buy a PARTICIPANT ticket. Please note that the participants will be asked to arrive 30 minutes early to prepare for the performance for a briefing and preparations, which include safety instructions and signing a waiver. 24 participants will be asked to wear an exoskeleton weighing 20 kg in shifts for 30 minutes, the full performance is approximately 1 hour long.

VIEWER ticket holders can participate at the dance event as a regular guest.

The performances at Baltoscandal are supported by Raum OÜ 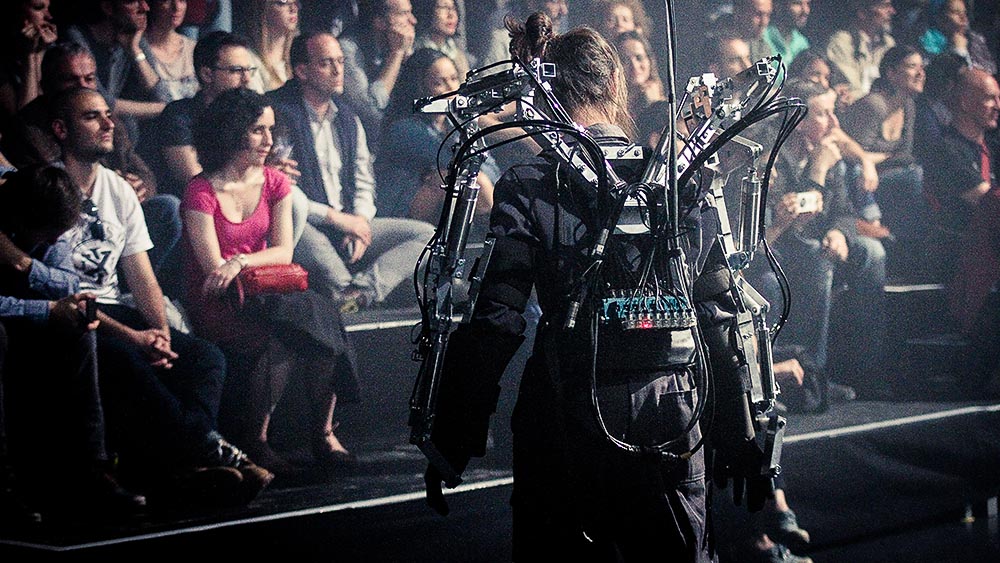 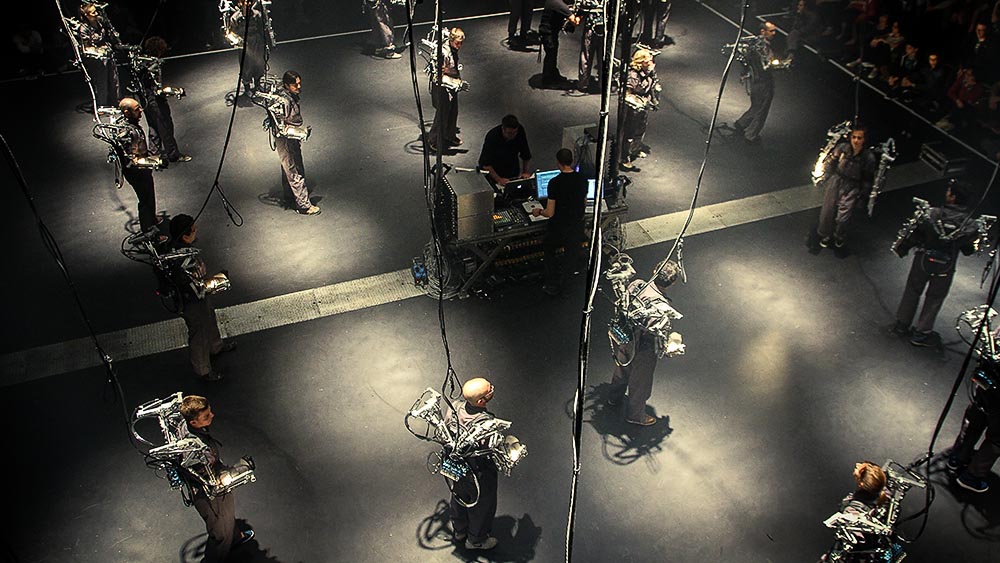 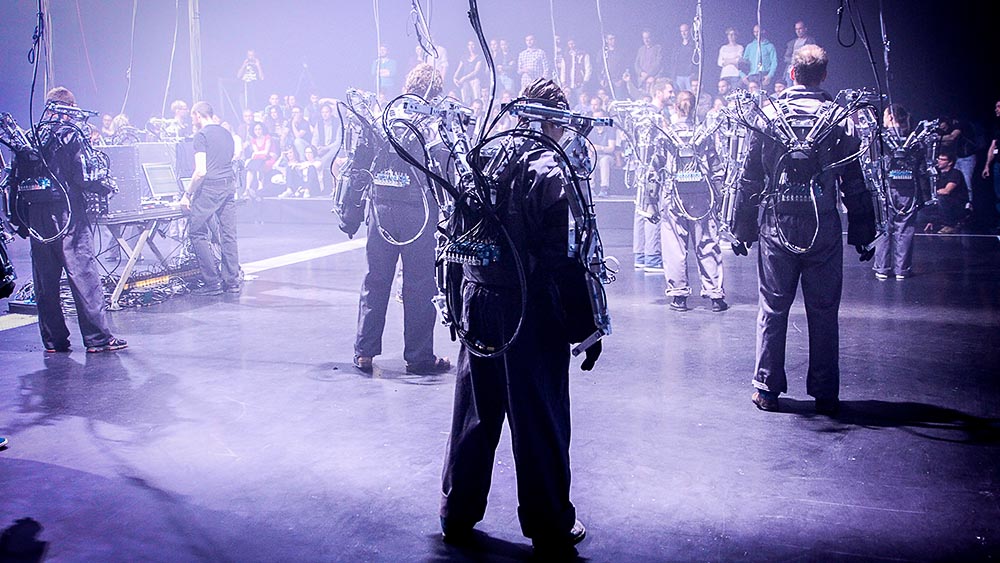 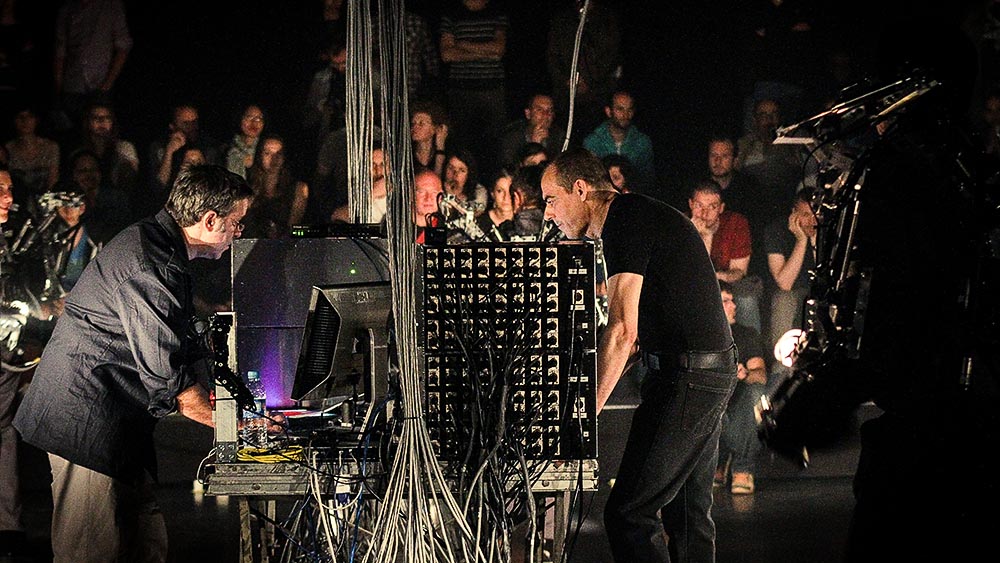 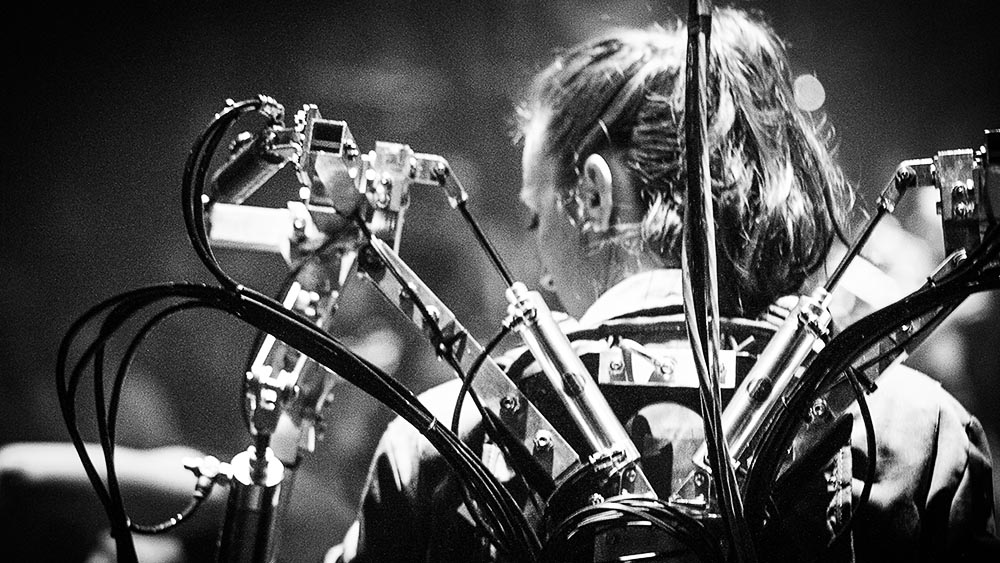 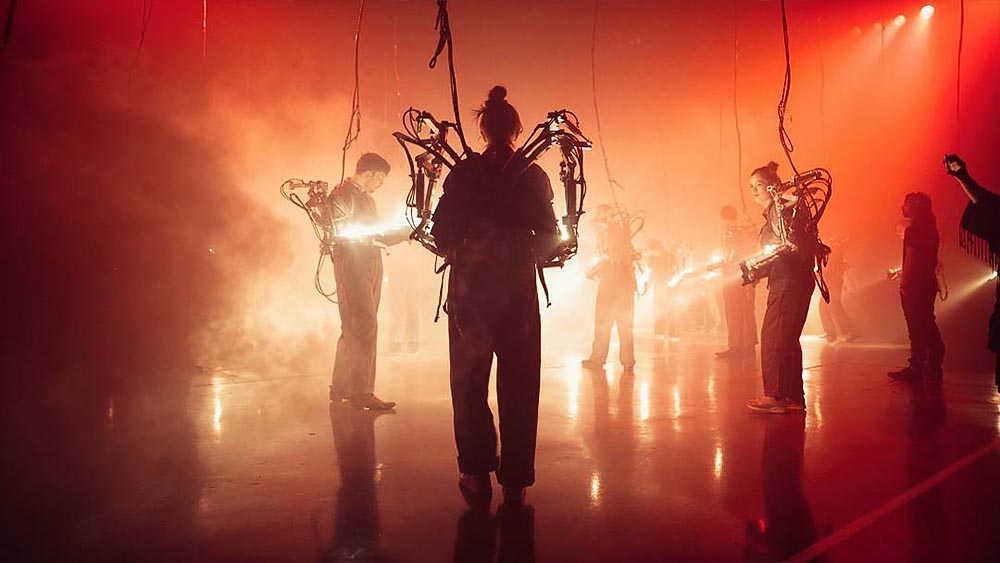